Heroin use and dependence have grown dramatically in the US over the last decade. But stigma toward drug users, especially those who use heroin, is still strong.

Between 2002-2004 and 2011-2013, past-year use increased by 62.5% and abuse/dependence by 90%. The demographics of heroin use have changed as well. Over a decade ago, heroin was less prevalent and more specific to marginalized individuals in low-income areas and inner cities. But today, use and dependence have increased among all demographic groups. Heroin use has also doubled among those who have historically had low rates of use – women and white individuals.

As heroin use and dependence have become more prevalent, the chances that each of us knows someone dependent on heroin (or opioid pills) have climbed. Your friend, family member, roommate, office mate, or significant other may be struggling with a heroin problem.

The heroin epidemic has many causes, but it is now closely linked to another drug epidemic: prescription opioids. Between 2004 and 2011, emergency room visits related to opioid use nearly doubled, and between 1999 and 2011, opioid-related deaths nearly quadrupled. 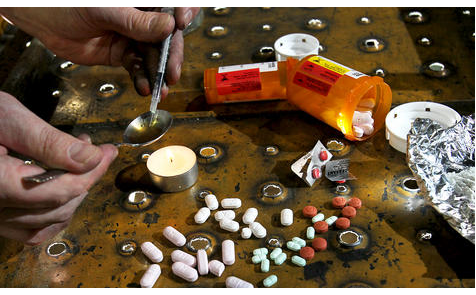 Many people who are hooked on pills are moving onto heroin because it is a cheaper and more easily available alternative. In fact, a recent study found that 75% of recent heroin initiates first used opioid pills.

Although much of the public is undereducated about drugs, this disapproval is still understandable, as experts agree that heroin appears to be associated with a higher level of dependence and physical and social harm than any other drug. (And of course many would argue that much of this harm is in fact a result of punitive drug policy.)

Therefore, disapproval toward use is understandable, regardless of the reasons that someone started using. However, stigmatizing or ostracizing users, or saying they deserve to die, does not appear to help improve their condition. In fact this stigma can make it that much harder for people to come forward and get the help and support they need.