Ukraine has applied a novel approach to patient rights. It draws upon the state’s obligations to prevent torture and other cruel, inhuman, or degrading treatment.

In late 2014, Kseniya Shapoval received a phone call from a young woman named Oksana in Western Ukraine. Oksana’s grandfather, suffering from terminal cancer, was discharged from the hospital three days before his death without pain medication. He died crying in agony.

Oksana wanted to make sure no one else suffered the way her grandfather did, so she contacted Shapoval after hearing about her work on palliative care with the International Renaissance Foundation, Open Society’s foundation in Ukraine.

Shapoval investigated the situation, and realized further scrutiny was required to understand why Oksana’s grandfather had inadequate access to pain medication.

Thanks to Ukraine’s formal monitoring mechanism, Shapoval was able to take action. 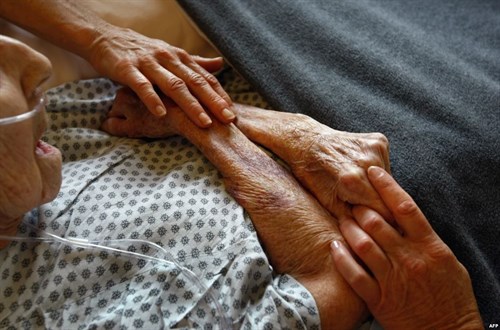 In 2013, the UN Special Rapporteur on Torture found that severe abuses in health care settings amount to cruel, inhumane, and degrading treatment, and even torture. The Special Rapporteur further pointed out that denial of care is also an issue—for example, denial of essential pain relief medications (including morphine or opioids) due to an inadequate supply of medications, or policies that prioritize drug control over patients’ rights.

Ukraine has applied this novel approach to patient rights. It draws upon the state’s obligations under the Convention against Torture and Optional Protocol to prevent acts of torture and other cruel, inhuman, or degrading treatment.