This is a story about the unforgivable failure on the part of the healthcare system to address a boy’s pain in the absence of curative treatment options.

On 14 August 2016, a leading newspaper in India published an article about a man who moved a local court in the Chittoor district of Andhra Pradesh, seeking to euthanize his 4 year old son. He was denied this request.

According to the article, the little boy, Mahesh, was diagnosed with cancer a few weeks after he was born. The family took him to some of the major cities of southern India – Chennai, Hyderabad, Vellore and Bangalore – seeking help and treatment. They racked up a debt of 15,00,000 rupees (the equivalent of approximately $22,500) – a prohibitive amount for anybody in a developing country. A devastating amount for a family whose only breadwinner works as a barber in a village.

Each of these cities has established pain and palliative care centers. Yet, no referrals were made to them. Mahesh suffered unnecessary, debilitating pain. He cried constantly, causing his family unrelenting anguish. At the end of four years, the family had sold everything they owned, with no resulting benefit to the child. 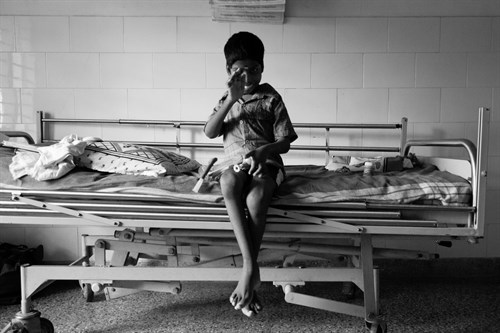 On reading this article, palliative care teams in both Hyderabad and Trivandrum started frantically networking in a desperate attempt to track down the family, reach them and try to alleviate Mahesh’s suffering before it was too late. It took the teams close to 48 hours to finally make contact with the father. The family was found in Bangalore, with little Mahesh in an ICU, bleeding from multiple places.

His pain had still not been addressed.

A counselor from the MNJ Institute of Oncology, Department of Pain and Palliative Care made an overnight bus journey carrying essential opioids to try and reach the family, while other avenues were explored locally.

On the 20 August, despite our best efforts, Mahesh died hooked up to machines, far from home, in unyielding and unspeakable pain, watched by his horrified parents.

He had completed his 5th birthday just the day before.

This is not a story about the pros and cons of euthanasia – a concept hotly debated today by an entire country that, at best, has a feeble grasp on its many nuances. This is a story about the unforgivable failure on the part of the healthcare system to address the boy’s pain in the absence of curative treatment options.