Not waiting for government, activists offer unsanctioned services for drug users in the Downtown Eastside

On Sept 21 at city hall, Vancouver’s top doctor spoke before council with an update on the government’s response to an overdose-drug epidemic that has killed hundreds of people.

At the very same moment, a pair of community organizers were opening an unsanctioned site for intravenous drug users in a back alley near the intersection of East Hastings Street and Columbia.

“It’s a harm reduction, outreach, and overdose-prevention tent,” said Sarah Blyth, who was there running the site alongsideAnn Livingston. 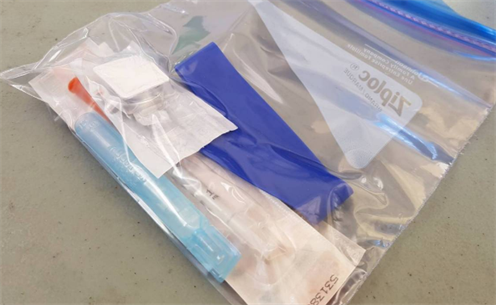 “It’s an area where people can come to get harm reduction supplies and where they can come if there’s an overdose,” Blyth continued. “We’ve got Narcan here.”

Both activists were previously involved in setting up an unsanctioned site in Surrey that offered similar services for a brief period last month.

According to data supplied by Vancouver Coastal Health, 85 percent of heroin mixtures (and 80 percent of all drugs) checked at Insite between July 7 and September 8 (332 checks) tested positive for fentanyl. Blyth said that with so much of the city's drug supply contaminated, there was an unprecedented need to make harm-reduction supplies more easily available.