The new war on drugs

Not every state is responding to the opioid epidemic with just public health policies.

Gov. Matt Bevin had a promise for Kentuckians in his State of the Commonwealth speechin February: “Criminal justice reform is coming.”

It’s something Bevin had long pledged. In 2016, Bevin set up a panel to study criminal justice reform. In an op-ed for the Washington Times that year, Bevin touted legislation that lets some former inmates expunge their records. “The practice of ‘lock ‘em up and throw away the key’ in our criminal justice system is an approach whose shot at effectiveness has run its course,” he wrote. “This misguided mantra propelled the United States’ prison population to unprecedented heights, far outpacing the rest of the world in per capita incarcerations.” 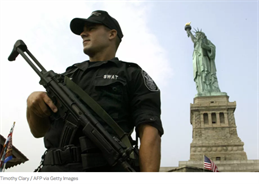 But this year, Bevin signed a bill that — in a striking contradiction — responded to the opioid epidemic with more incarceration. Among other changes, HB 333 increased penalties for trafficking heroin below 2 grams to five to 10 years in prison, up from one to five years, and applied similar penalties to the synthetic opioid fentanyl. Subsequent offenses carry harsher sentences. The bill also made it so that people who deal heroin or fentanyl can’t have their penalties reduced if they prove they suffer from addiction, as is possible with other drugs (including meth and cocaine).