Scientific evidence and drug policy - a marriage on the rocks

‘Nowhere is the divorce between rhetoric and reality more evident than in the formulation of global drug policies, where too often emotions and ideology rather than evidence have prevailed.’

So said Kofi Annan, when writing in a blog for the Huffington Post’s US site.

As an Aussie, I have a strong belief in the value of a ‘fair go’. Indeed it’s almost part of our national psyche down under. Right now, when looking at drug policies around the world, the notions of a fair go, of justice and fairness (or lack thereof), are particularly poignant.

In my experience doctors do often think of themselves as advocates, and we pride ourselves on advocating for our patients.  But we don’t tend to see the role we can have advocating more broadly, against government policies that punish and harm unnecessarily, against mainstream media that stigmatises and dehumanises, we don’t always see ourselves as agents of social change. 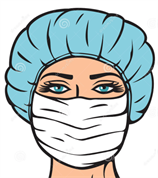 And speak up we must. We should not shirk the responsibility that comes with being respected members of society. It means people will listen when we speak up. We need to determine our own areas of influence, and seek to increase it. We need to be prepared to stand up for what we know, and demand that evidence informed-polices are implemented. We need to urgently play the relationship counsellor rather than accept the divorce Kofi Annan spoke of in the unhappy marriage of scientific evidence and drug policy. Because if not us, then who?