Tennessee is poised to become the first state in the country to subject women to criminal assault charges if they use drugs during their pregnancy.

Tennessee is poised to become the first state in the country to subject women to criminal assault charges if they use drugs during their pregnancy. Last week, both chambers of the state legislature passed Senate Bill 1391, which would ultimately allow the state to scrutinize miscarriages, stillbirths, and birth defects to try to determine if drugs played a role. 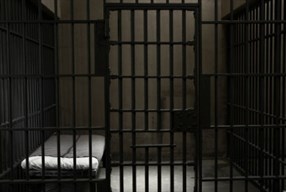 The legislation is a direct response to recent reports that the number of babies being born addicted to drugs is on the rise. The Tennessee Department of Health tracks incidents of “Neonatal Abstinence Syndrome,” which is defined as withdrawal symptoms after a baby has been exposed to opiates in utero. “Over the past decade, we have seen a nearly ten-fold rise in the incidence of babies born with NAS in Tennessee. Infants with NAS stay in the hospital longer than other babies and they may have serious medical and social problems,” the agency’s website states.

That certainly sounds alarming — but medical experts warn it’s also misleading. Last month, a group of more than 40 researchers and experts released an open letter to set some of the facts straight. They point out that it’s not scientifically accurate to describe newborns as “addicted,” NAS doesn’t actually have long-term adverse effects, and misrepresenting these realities end up unhelpfully vilifying pregnant women who likely face significant barriers to medical care.