The Indian drugs legislation is too harsh to work

The minimum sentence for drug dealing is imprisonment for 10 years and the government has even defended capital punishment.

There is no appetite in India for a serious conversation on drugs in India. The prime minister’s recent radio talk on the subject confirms that. Yet, drugs and laws to deal with them engage civil liberties, health and justice in a fundamental way that cannot be ignored. 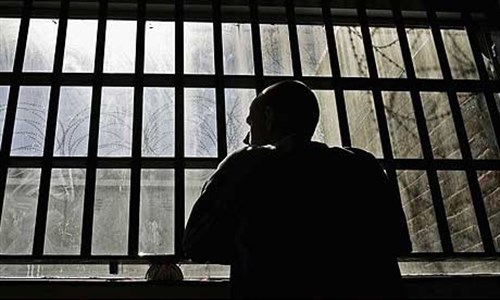 The Narcotic Drugs and Psychotropic Substances Act, 1985 (NDPS Act) is one of the harshest laws in the country. The minimum sentence for drug dealing is rigorous imprisonment for 10 years and a fine of Rs 1 lakh. Contrast this with punishment for rape and human trafficking that, even after the recent enhancement, stands at seven years imprisonment. Bail is rejected at the mere mention that the case involves narcotic or psychotropic substances. The law bars suspension, remission or commutation of any sentence passed, foreclosing all relief. In prison, drug convicts are labelled a “dangerous breed” and treated more harshly than rapists and murderers.

The NDPS Act prescribes capital punishment for a repeat offence of drug trafficking, even though it does not involve violence or killing and, consequently, cannot be categorised as a “most serious crime”, for which the death penalty may be used. There is no persuasive evidence that the death penalty is a greater deterrent than other punishments in reducing drug crimes. When a second conviction for murder does not automatically qualify as a “rarest of rare” case deserving capital punishment, how could a subsequent drug crime justify a death sentence?

The government has defended capital punishment by saying that the International Narcotics Control Board (INCB) is aware of India’s anti-narcotics programme and has never objected to penalties under the NDPS Act.

IDHDP
@idhdp
IDHDP - Neuroscientist, psychologist, and author, Dr. Carl Hart urges us to change the way we think about drug use. https://t.co/zEdJQGIDry

RT @FMeasham: Many drug checking studies to date have focused on the drugs, the labs & the tech. This paper focuses on the people who use d…

IDHDP - The Opioid Crisis explained in under 5 minutes https://t.co/SlTxGarNJq

RT @ZachWritesStuff: So so happy that ⁦@maiasz’s⁩ did it! The first attempt to chronicle the history of harm reduction for a mass audience.…

One in five pharmacies in Oregan blocks access to key medication to treat addiction https://t.co/M3VzfZX9d4 via @medical_xpress

IDHDP - A global advocacy campaign calling for drug policies based on health and human rights https://t.co/9jjQw2Uovf

IDHDP - Taking painkillers away from those in desperate need is a cruel health policy https://t.co/G2jZ0xdRTa

More >
Events Area
A global advocacy campaign calling for drug policies based on health and human rights
We are incredibly grateful and in awe of campaigners worldwide, who came up with the most innovative and impactful ways to safely navigate COVID-19-related restrictions and stand in solidarity with populations most affected both by the epidemic and the “war on drugs”.
THE 12TH INTERNATIONAL CONFERENCE ON NIGHTLIFE, SUBSTANCE USE AND RELATED HEALTH ISSUES
Club Health Montréal 2021 will be held at the Bibliothèque et Archives nationales du Québec (BAnQ), Montreal. To extend participation and allow for flexibility, attendees can join virtually from wherever they are in the world.
Annual ISAM Global Addictions Conference
VISION: A strong and forward looking society in addiction medicine that supports its members and affiliate organisations to deliver high-quality patient centered care all over the world