The UN has added its voice to the growing cry to rebrand substance abuse disorders as an issue of public health – a matter for doctors, not police.

The NHS estimates around 2 million Britons suffer from addiction. This is probably a gross underestimate - just take a look at nicotine. There are 6 million adults in the UK alone who say "they would find it hard to last a whole day without smoking". Cigarettes kill more than 100,000 people annually, but addiction means two-thirds of smokers say they're struggling to stop. Our society actively supports those trying to kick the habit, though, with things like e-cigarettes and nicotine patches, and it works. Evidence-based anti-smoking campaigns have been hugely successful, enabling almost half of all tobacco users to eventually quit.

Unfortunately, this is not the case for most addictions. Where the substance being abused is illegal, a stigma exists that has repulsed efforts to effectively combat it. The police, rather than the NHS, are in charge - and addicts are criminals to be apprehended, not patients to be treated. That hypocrisy was the subject of a discussion featuring Nora Volkow, the director of America's National Institute on Drug Abuse and an expert on how drug addiction affects the brain, at the World Science Festival two weeks ago: 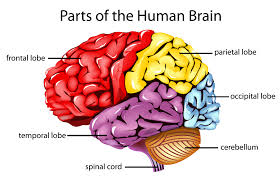 And as a result of that, many cases of drug addiction are never recognised. Or prevented. Or treated."