Two decades of successes and failures...

Two decades of successes and failures in controlling the transmission of HIV through injecting drug use in England and Wales, 1990 to 2011

The vulnerability of people who inject drugs (PWID) to blood borne-infection was recognised early in the human immunodeficiency virus (HIV) pandemic, with the rapid spread resulting in high prevalence among PWID in many parts of the world [1-4]. However, a number of countries, including the United Kingdom (UK), have reported a low HIV prevalence [5-7] among PWID, which has been attributed to the timely introduction of comprehensive harm reduction measures, including needle and syringe programmes (NSPs) and opiate substitution therapy (OST) [8]. In the UK such measures were promptly introduced in the mid-1980sin response to substantial HIV outbreaks among PWID in two Scottish cities [9,10]. 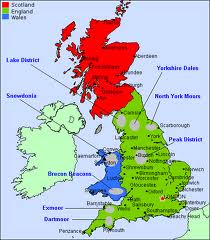 In England and Wales, HIV prevalence among PWID has been monitored in a consistent way since 1990 [11,12], and reveals a consistently higher HIV prevalence among PWID in London compared to elsewhere [11,13]. Throughout the course of the HIV epidemic in England and Wales policy related to both injecting drug use (IDU) and HIV have changed, as have the patterns of drug use (Table 1). This has resulted in changes to the extent and types of responses over time: broadly, policy related to IDU shifted from a focus on preventing HIV infection in the late 1980s and early 1990s to a focus on criminal justice issues at the end of the 1990s, with an increased emphasis on harm reduction from 2006 onwards (Table 1).

This paper examines trends in HIV prevalence among PWID in England and Wales between 1990 and 2011,and considers these in the context of the changes in policy and responses.  Read paper here