A Canadian NGO has installed crack pipe vending machines in the city of Vancouver in a bid to curb the spread of HIV and hepatitis among users.

“For us, this was about increasing access to safer inhalation supplies in the Downtown Eastside,” said Kailin See, director of the city’s Drug Users Resource Centre (DURC).

The machines (which are run by the non-profit Portland Hotel Society) dispense durable pipes which are less likely to cut users’ mouths, helping to stop the spread of communicable diseases including HIV and hepatitis C. But the initiative is already drawing criticism – most notably from the country’s federal government. 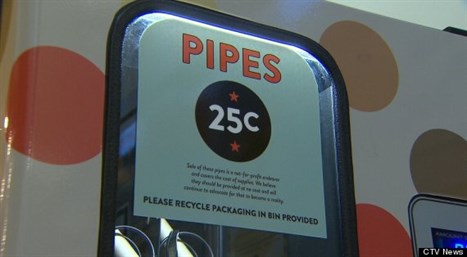 In a statement published by the Toronto Sun, Federal Safety Minister Steven Blaney said: “Drug use damages the health of individuals and the safety of our communities. We believe law enforcement should enforce the law.

“While the New Democrat Party and Liberals would prefer that doctors hand out heroin and needles to those suffering from addiction, this government supports treatment that ends drug use, including limiting access to drug paraphernalia by young people.”

Last summer, a study released by the British Colombia Centre for Excellence in HIV/AIDS refuted criticism that the distribution of free pipes would encourage addicts.

It found crack use in Greater Vancouver declined since health officials began giving out free crack pipes and mouthpieces to drug users.

But could the same initiative reach our shores? Sadly not, says Jamie Bridge, a spokesman for the International Drug Policy Consortium.

Bridge described the introduction of the two machines in Vancouver as a “really positive and proactive harm reduction measure to protect its people – particularly against the backdrop of a very Conservative government."

He added: “It is a fantastic example of local leadership. Vancouver has an acute drug problem and they have reached out to people who have had no services.”

But he points out that under Britain’s 1971 Misuse of Drugs Act, while needle and syringe exchange schemes are popular in this country and that it is legal to provide a set list of drugs paraphernalia, it is illegal to provide crack pipes or aluminium foil.

He said: “I would love for the UK to have more needle and syringe vending machines and I would love to see the same for crack pipes.”

New South Wales in Australia has syringe needle vending machines, which are now being considered for other parts of that country.