WHO: Community management of opioid overdose

Death following opioid overdose is preventable if the person receives basic life support and the timely administration of the opioid antagonist naloxone. WHO recommends that naloxone be made available to people likely to witness an opioid overdose, as well as training in the management of opioid overdose.

An estimated 69 000 people die each year from opioid overdose. Opioid overdose is easily reversed with the opioid antidote naloxone and with basic life support. Such care is generally only available in medical settings, however. In 2012, the United Nations Economic and Social Council (ECOSOC) called upon the World Health Organization (WHO), in collaboration with the United Nations Office on Drugs and Crime (UNODC) to provide advice and guidance, based on scientific evidence, on preventing mortality from drug overdose, in particular opioid overdose.

These guidelines recommend that people who are likely to witness an opioid overdose, including people who use opioids, and their family and friends should be given access to naloxone and training in its use so that they can respond to opioid overdose in an emergency if a medical response is not available. Naloxone can be injected or administered intra-nasally and has minimal effects in people who have not used opioids. While naloxone administered by bystanders is a potentially life-saving emergency interim response to opioid overdose, it should not be seen as a replacement for comprehensive medical care. 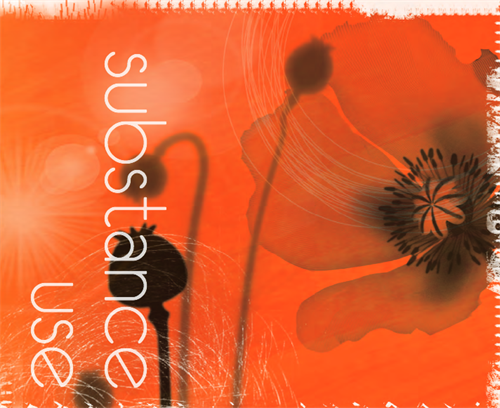 Opioids
Opioids are substances derived from the opium poppy, or synthetic analogues with similar effects. Examples are morphine, heroin, tramadol, oxycodone and methadone. Opioids have the potential to cause substance dependence that is characterized by a strong desire to take opioids, impaired control over opioid use, persistent opioid use despite harmful consequences, a higher priority given to opioid use than to other activities and obligations, increased tolerance, and a physical withdrawal reaction when opioids are discontinued. Dependence on prescription opioids includes iatrogenic dependence following the treatment of chronic pain, and dependence following the diversion and theft of prescription opioids from patients, medical facilities, pharmacies and the manufacturing and distrubution chains. 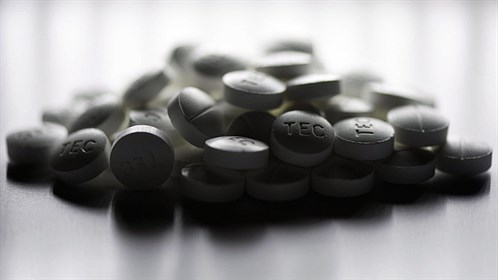 Opioid overdose
Due to their effect on the part of the brain which regulates breathing, opioids in high doses can cause respiratory depression and death. An opioid overdose can be identified by a combination of three signs and symptoms referred to as the “opioid overdose triad”. The symptoms of the triad are:

Because of their capacity to cause respiratory depression, opioids are responsible for a high proportion of fatal drug overdoses around the world. The number of opioid overdoses has increased in recent years, in part due to the increased use of opioids in the management of chronic non-cancer pain1. In the United States of America alone in 2010, there were an estimated 16 651 deaths due to overdose on prescription opioids and 3036 due to overdose on heroin.

Access to naloxone is generally limited to health professionals. In many countries there is still limited availability of naloxone even in medical settings, including ambulances. At least one country, Italy, has already made naloxone available in pharmacies without prescription.

Since most overdoses are witnessed by a friend or family member, if a friend or family member had access to naloxone, he or she may be able to reverse the effects of opioid overdose, while waiting for medical care to arrive. While naloxone administered by bystanders is a potentially life-saving emergency interim response to opioid overdose, it should not be seen as a replacement for comprehensive medical care.

A recent survey in the United States found that the distribution of approximately 50 000 naloxone kits through local opioid overdose prevention programmes had resulted in more than 10 000 uses to reverse overdoses.

Beyond approaches to reducing drug use in general in the community, specific measures to prevent opioid overdose include:

The gap between recommendations and practice is significant. Only 42% of countries provide access to effective treatment options for opioid dependence and less than 10% of people worldwide in need of such treatment are receiving it.